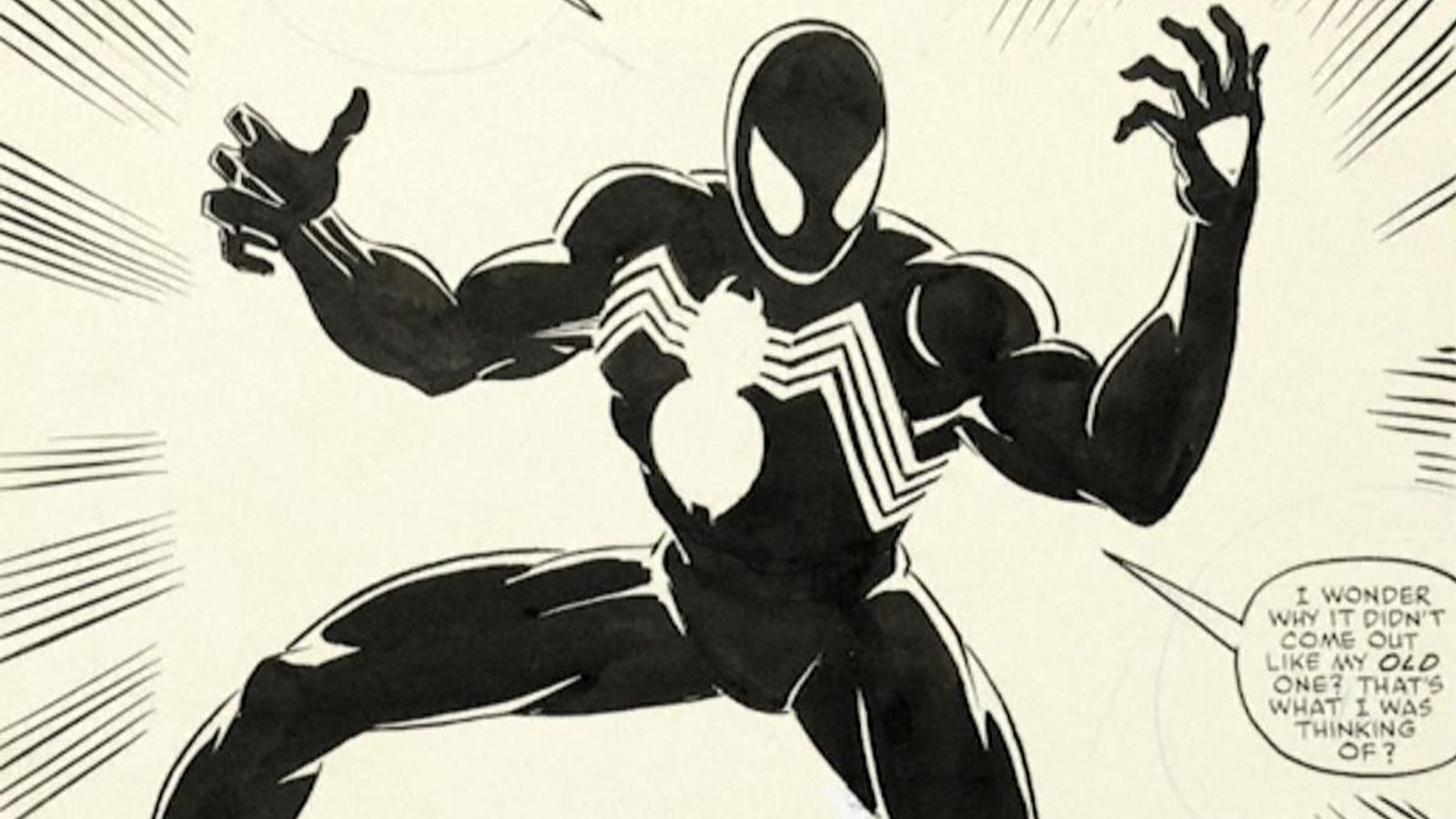 The page was the original artwork by Mike Zeck and shows Spider-Man with a black costume for the first time.

It is part of an increasing trend for auctions of popular culture memorabilia since the start of the pandemic, with record prices for comics and Pokemon cards.

Joe Maddalena, vice president of Heritage Auctions, which sold the Spider-Man comic, said: “Collectors are buying their nostalgia so instead of buying their, you know, piece of contemporary art, this is it.

“They’d rather have this because this speaks to them more than a piece of contemporary art would.”

Describing the Spider-Man piece as “one of a kind”, he said: “It just was one of those moments in the lore of Spider-Man’s fame that told this important part of this story that subsequently this character would turn into Venom. It’s pretty amazing.”

And another superhero also proved to be a money-spinner at the sale, according to Mr Maddalena.

“Just a few minutes after this we had Action number one, the origin and first appearance of Superman, ok? A high grade copy, $3.18 million dollars so Spider-Man from 1984 beat Superman, which is unbelievable.”

It is not just at the auction house that Spider-Man has been breaking records.

The latest film version, Spider-Man: No Way Home, has taken more than $1.5 billion (£1.01bn) globally at the box office in the four weeks since its release and now ranks as the eighth-biggest movie in the history of cinema worldwide.

Moment young girl pulled from rubble of building in Syria
‘Nobody is born smart’: Ex-commander of Russian mercenary group apologises for fighting in Ukraine
Europe is set to ramp up its oil war against Russia — and markets are bracing for more disruption
Liz Truss rules out future PM bid but ‘doesn’t regret’ her short time in No 10
‘A catapulted, catalytic opportunity to grow again’: The UFC’s return to Australia is not before time