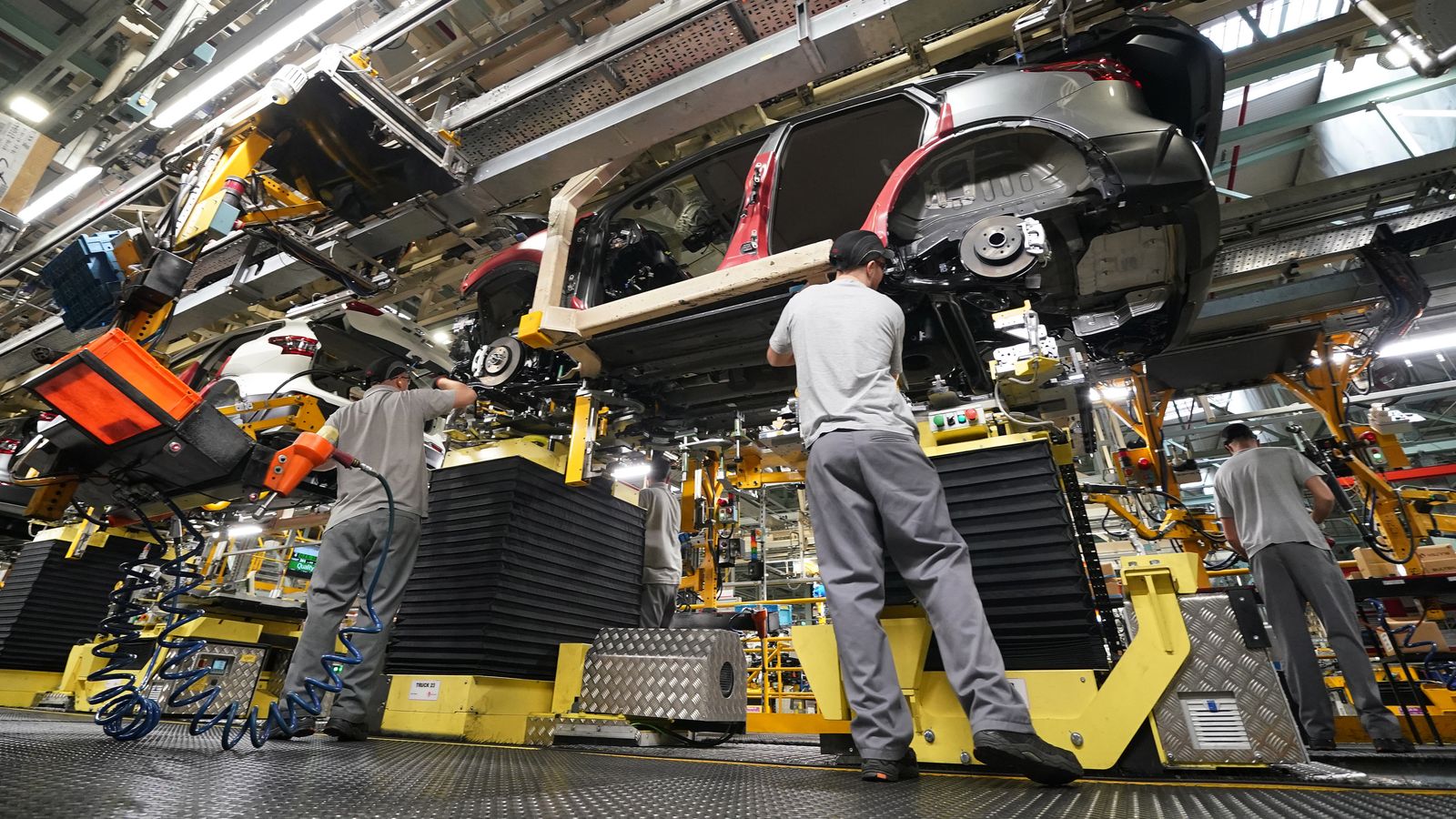 Britain’s economy grew stronger than expected in November before the Omicron variant struck, bouncing back for the first time above pre-pandemic levels.

The Office for National Statistics (ONS) said gross domestic product (GDP) had risen 0.9% during the month, up from a just 0.1% rise in October.

Analysts had predicted a 0.4% rise in November.

Latest COVID-19 updates from the UK and around the world

It meant the world’s fifth-biggest economy was 0.7% bigger than it was in February 2020, the ONS said.

However, despite November’s acceleration in growth, GDP is likely to have taken a hit in December when the Omicron coronavirus variant swept across the world.

The loss of momentum is likely to have stretched into January with many firms reporting severe staff absences and consumers still wary of going out because of the highly contagious COVID-19 strain.

But health officials think the Omicron infections wave has now peaked in the UK and economists say the impact on the the economy is likely to be short-lived, allowing the Bank of England to continue raising interest rates.

Office for National Statistics chief economist Grant Fitzner said: “The economy grew strongly in the month before Omicron struck, with architects, retailers, couriers and accountants having a bumper month.

“Construction also recovered from several weak months as many raw materials became easier to get hold of.

“This meant that monthly GDP exceeded its pre-pandemic level for the first time in November.”

Chancellor Rishi Sunak said the stronger-than-expected GDP figures, were down to the “grit” of the public.

He said: “It’s amazing to see the size of the economy back to pre-pandemic levels in November – a testament to the grit and determination of the British people.

“The government is continuing to support the economy, including through grants, loans and tax reliefs for businesses, and our Plan for Jobs is ensuring people up and down the country have fantastic opportunities.

“We all have a vital part to play to protect lives and jobs, and I urge everyone to do theirs by getting boosted as soon as you can.”

But his Labour counterpart Rachel Reeves wrote on Twitter: “New GDP figures today show Britain’s economy is only just getting back to pre-pandemic levels – but the cost-of-living crisis risks sending our economy into reverse.

“Labour would use our recovery to create a stronger economy – not trap us in a Tory high-tax, low-growth cycle.”

CBI lead economist Alpesh Paleja said: “While it’s good that economic growth picked up in November, the data has been overtaken by events.

“Activity is very likely to have taken a hit in December, as the spread of the Omicron variant and subsequent restrictions disrupted operations in certain sectors.

“As we kick off the new year, the near-term outlook is also clouded by additional challenges: shortages of labour – exacerbated by sickness absence, supply chain disruption and a cost of living crunch for households.”

Suren Thiru, head of economics at the British Chambers of Commerce (BCC), said: “Stronger growth in November is likely to be followed by a modest fall in output in December and January, as consumer caution to socialise and spend, and mounting staff absences sparked by Omicron and Plan B limit activity.

“While the UK economy should rebound once Plan B measures are lifted, surging inflation and persistent supply chain disruption may mean that the UK’s economic growth prospects remain under pressure for much of 2022.

“The government must do all it can to support the economy through this challenging period.”