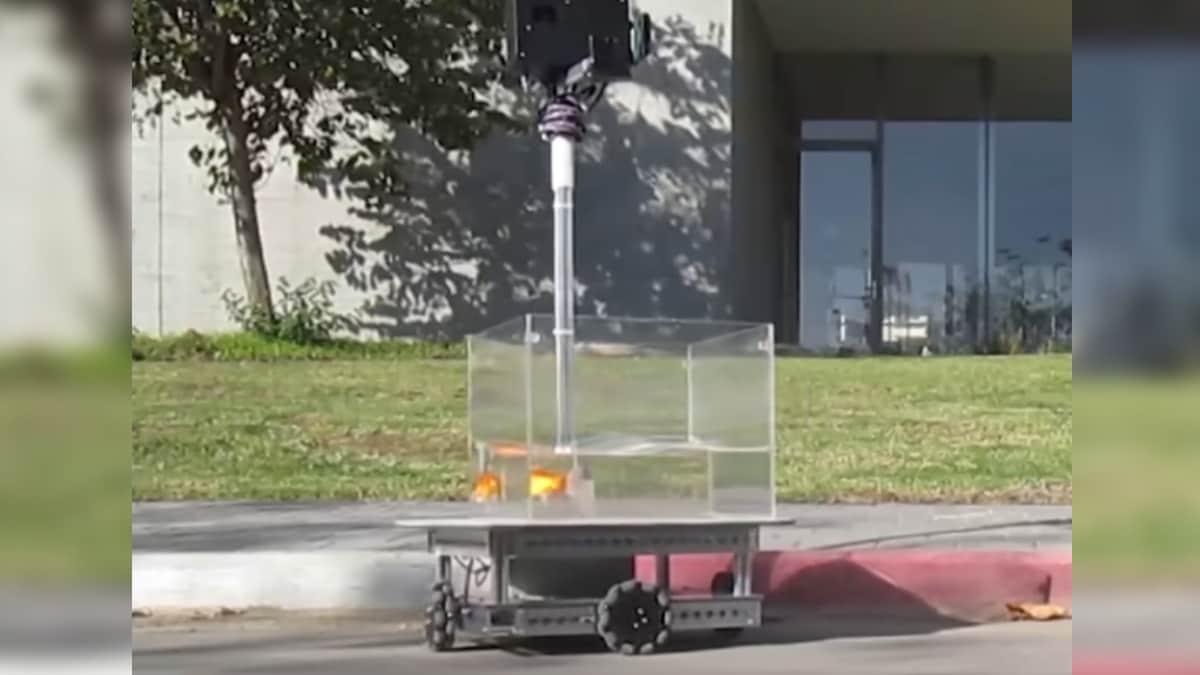 In a recent experiment, scientists have taught a goldfish to operate a robotic car. The experiment was an attempt to test the navigational abilities of goldfish and study animal behaviour. The robotic car was specially designed to suit this purpose. The Fish Operated Vehicle (FOV), designed by scientists from Ben Gurion University of the Negev in Israel, comprised a rectangular platform with a set of wheels on each side. The platform carried a goldfish tank and a camera system that recorded and translated the fish’s movements. According to its movements, the wheels of the device would move forward, backward and sideways.

Scientists placed a clearly visible target on the wall opposite the fish tank and studied the fish’s movement towards it. Its ability to drive the device towards the target would determine important properties about the navigational abilities of animals.

The study was published last month in the Behavioural Brain Research journal. In the abstract of the paper, the researchers wrote, “For this purpose, we trained goldfish to use a Fish Operated Vehicle (FOV), a wheeled terrestrial platform that reacts to the fish’s movement characteristics, location, and orientation in its water tank to change the vehicle’s; i.e., the water tank’s, position in the arena.”

Scientists undertook the experiment to explore if there are universal properties in the animal kingdom which are independent of species, ecology, and brain structure. The experiment showed how a species would react in a foreign environment to perform otherwise familiar navigation activities.

The goldfish required a few days of training. After this, it could successfully drive the FOV towards a given target. This proved that its navigational abilities were not restricted to an aqueous environment and it could adapt those abilities to a terrestrial environment too.

The video of the goldfish navigating was uploaded on the official YouTube channel of Ben-Gurion University. Watch the video here:

According to a report by The Independent, Shachar Givon, a PhD student in the Life Sciences Department in the Faculty of Natural Sciences, said in a statement that the findings suggested that navigational skill was universal rather than environment-specific. Second, it demonstrates that goldfish have the cognitive ability to learn a complex task in a completely different environment than the one in which they evolved.

The scientists said that after the training the goldfish was able to operate the vehicle and reach its target from any starting point. It also learnt to avoid dead-ends and corrected location inaccuracies.