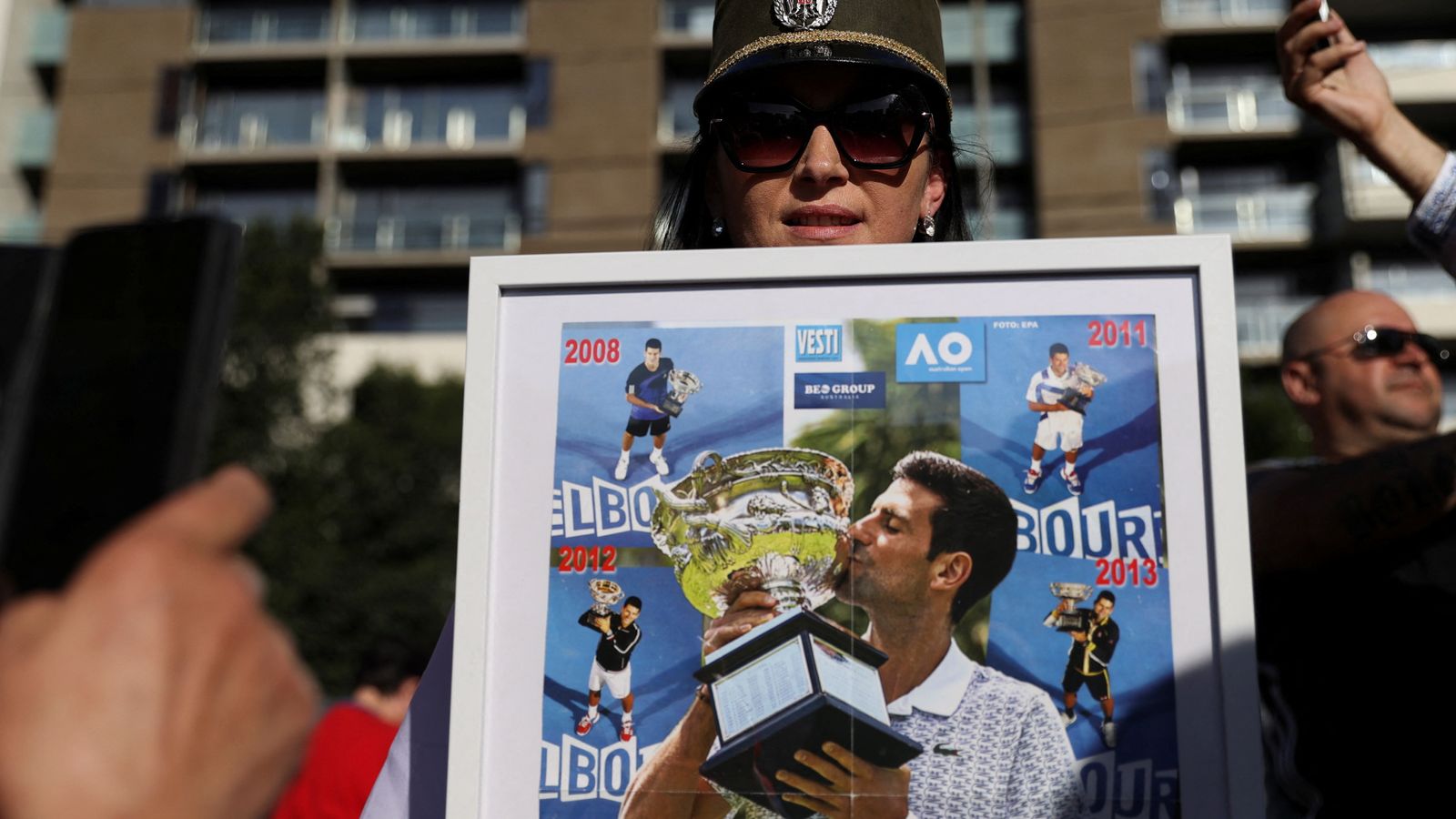 The Australian government did not tell Novak Djokovic that his “so-called medical exemption” would allow him to enter the country to compete in the Australian Open, court documents claim.

On Sunday, the government filed 13 pages of documents ahead of a hearing later to decide whether the Serbian tennis star can remain in the country or be deported. It also challenged Djokovic’s claim that he had a COVID infection at the end of last year.

The hearing is due to start at 10am on Monday morning (11pm Sunday UK time), after a request by the Home Affairs department to delay it to Wednesday was rejected.

Representatives for the world’s top-ranked tennis player say he was given a medical exemption after testing positive for COVID-19 on 16 December.

His legal team says they had an assessment from the Department of Home Affairs that his responses on his Australia Traveller Declaration indicated he met the requirements for quarantine-free entry into the country.

But the government said: “It had not represented to the applicant that his so-called ‘medical exemption’ would be accepted.”

It argued “that says nothing about the power of the minister (or her delegate) to interrogate those responses, the evidence upon which they were based, and conclude that a cancellation power was enlivened under the Act upon his arrival into Australia”.

The government submission also challenged Djokovic’s infection claim, saying: “There is no suggestion that the applicant had ‘acute major medical illness’ in December 2021.

“All he has said is that he tested positive for COVID-19.”