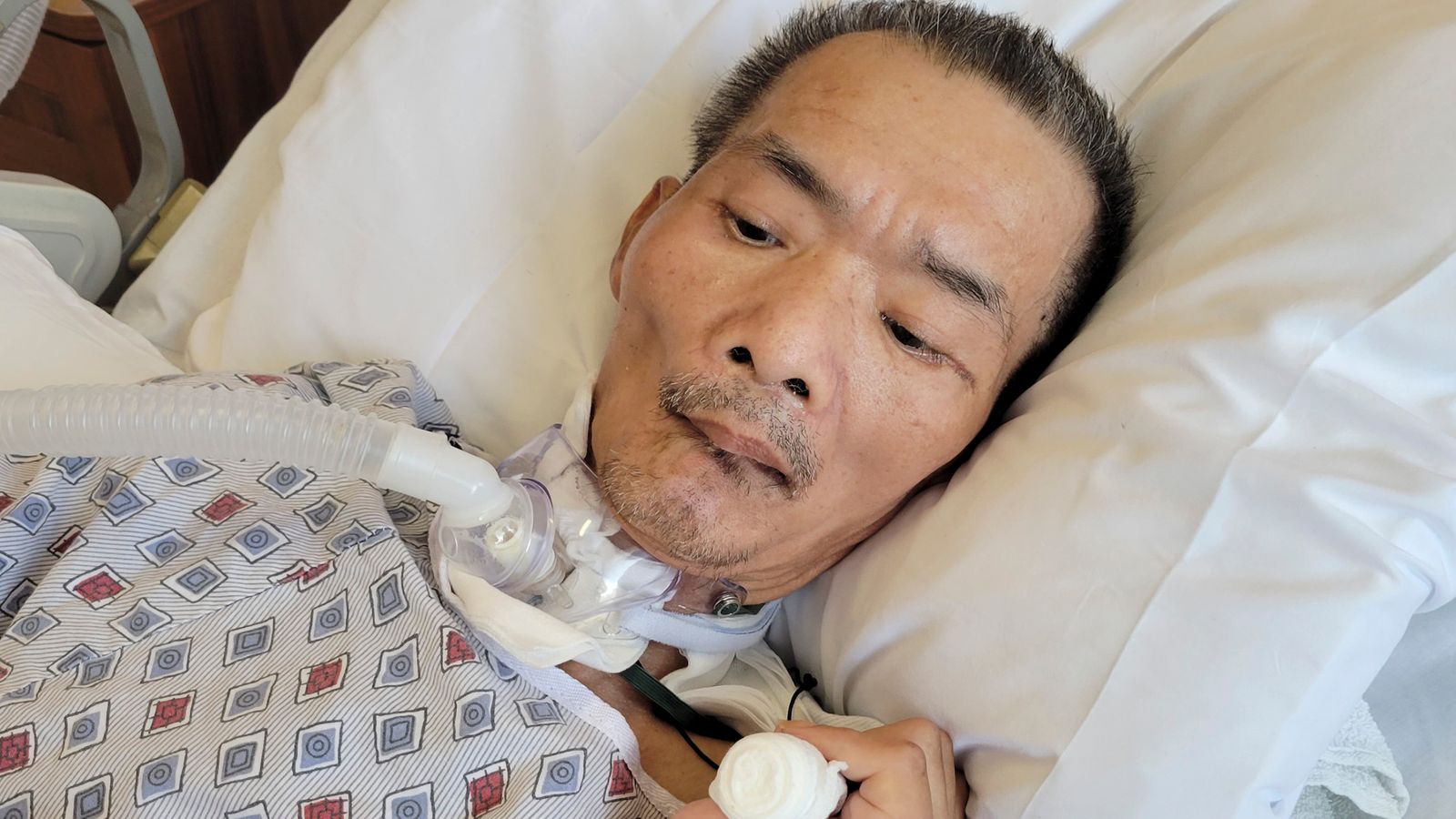 A Chinese man who was brutally attacked while collecting cans in New York City has died of his injuries eight months later.

Yao Pan Ma, 61, had been collecting returnable bottles and cans in Harlem to raise money to buy food after he lost his job during the COVID-19 pandemic when he was attacked from behind.

He never regained consciousness and the attack drew national attention as part of a rise in anti-Asian hate crimes in the city and around the US.

Jarrod Powell, 49, of New York City was previously charged with attempted murder, felony assault and hate crime charges – however, a family representative is now calling on the district attorney to upgrade the charges to murder.

Powell attacked Mr Ma in April last year, knocking him to the group and repeatedly kicking him in the head before fleeing the scene.

Surveillance footage released by the police appears to show an attacker stomping on Mr Ma’s head.

Mr Ma was moved in and out of multiple facilities over the past eight months and died in a long-term care centre run by The New Jewish Home.

His death his now being treated as a homicide, New York City police said on Saturday.

Karlin Chan, a community activist in New York City and a spokesman for Mr Ma’s family, said: “We’re fighting for justice and I hope (Powell) never walks the streets as a free man. He needs to pay for what he did.”

A police detective said Powell admitted attacking an Asian man at the approximate time and location of the attack on Mr Ma, and said he did so because the man had robbed him the day before.

However, Mr Chan said the men had never met before.

Mr Ma and his wife had moved to the US in 2018 from China, where he had worked as a dim sum chef. After arriving in the US he had found work at a Chinese restaurant, making pastries and performing other kitchen tasks.

When the pandemic forced the restaurant to close Mr Ma lost his job – and he had not worked long enough to qualify for unemployment benefits.

Mr Ma and his wife, who also lost her job as a home health care attendant, had been collecting the recyclables to buy food.

The couple has two adult children who still live in China.

Prior to the pandemic, in December 2019 they lost their Chinatown apartment in a fire and had moved in with relatives.