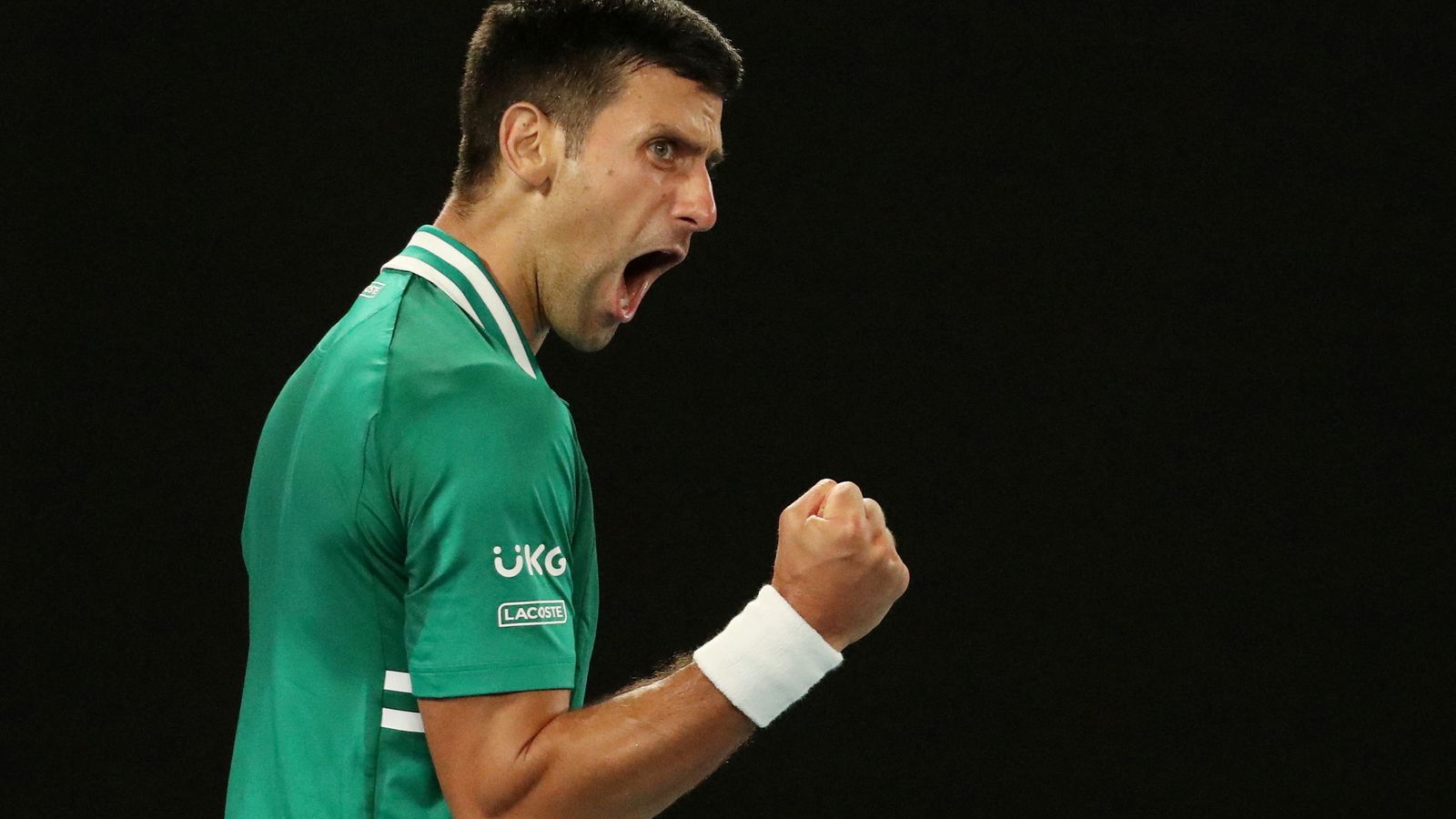 Novak Djokovic, who is fighting deportation from Australia, tested positive for COVID-19 on 16 December, according to court documents.

The world tennis number one is in immigration detention after having his visa cancelled when he arrived in Melbourne on Thursday.

Djokovic said in his court application that he had a valid visa and medical exemption from the organiser of the Australian Open.

Why is Djokovic being denied entry to Australia – and what are their travel rules?

The outspoken critic of mandatory vaccination is currently embroiled in a row over whether he is exempt from the country’s COVID inoculation rules.

The application says he received a document from the Department of Home Affairs on 1 January indicating he met the requirements for quarantine-free travel into Australia.

Reports say Tennis Australia told unvaccinated players they may be able to obtain a temporary exemption if they had recovered from COVID in the past six months, according to a leaked letter.

Tennis Australia said it had not knowingly misled players and had always urged players to get vaccinated.

The guidance issued was based on information on a national government website to which it had been referred by the federal health minister, the association said.

Djokovic is spending a third day in a Melbourne hotel that has doubled up as an immigration detention facility – a couple of miles from the luxury hotels where most Australian Open players are staying.

Dog walker died from ‘multiple penetrating bites to neck’
A vital EV battery nickel product will be made in the US for the first time
China ‘spy’ balloon: What are they? And why could they play a key role in the future of aerial reconnaissance?
Wales opt for experience in 6N opener vs Ireland
No 10 insists UK economy is strong despite IMF warning it will fare worse than any other in developed world – including Russia