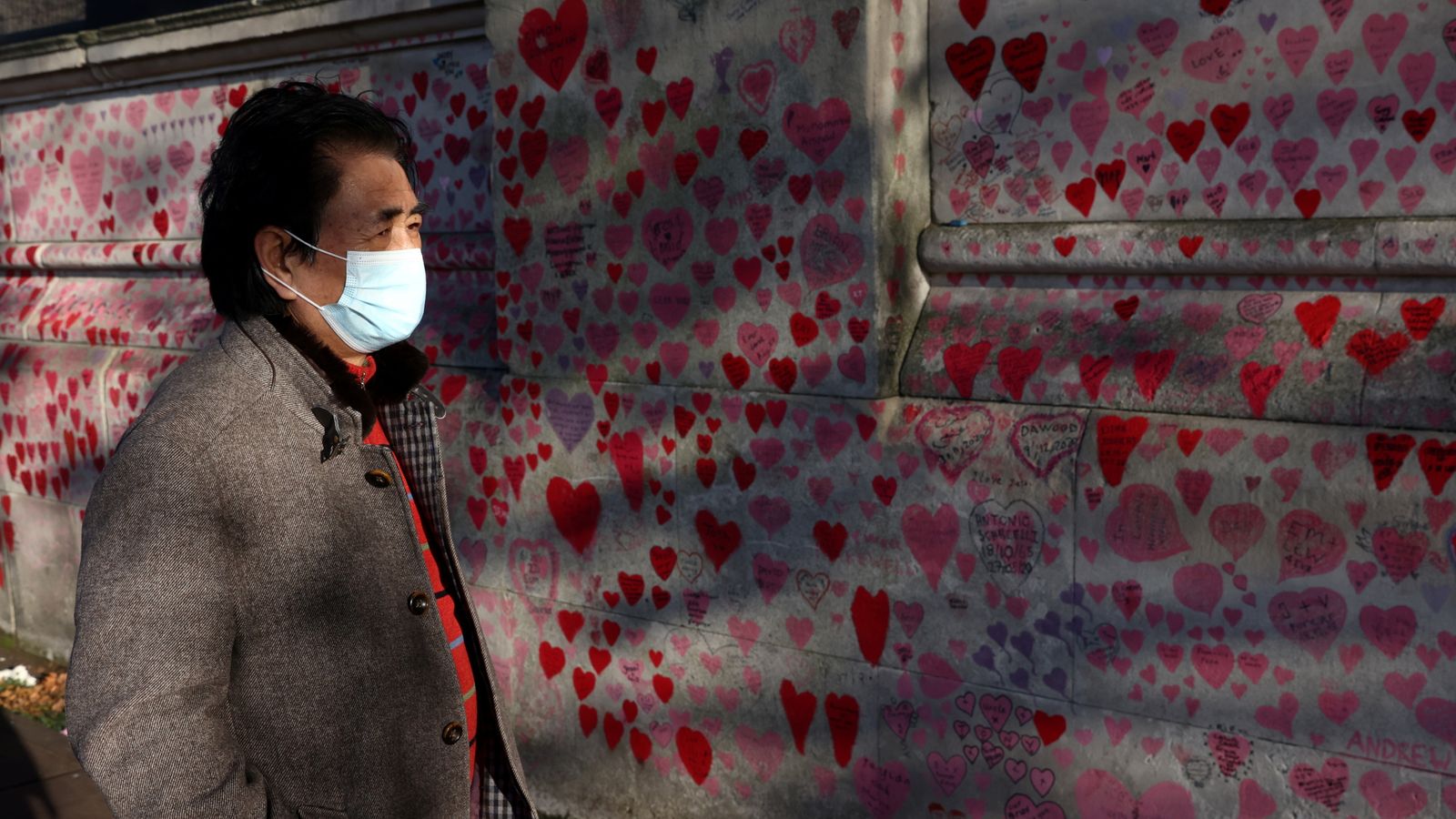 The UK has recorded more than 150,000 COVID-related deaths since the start of the pandemic after the latest daily figures showed 313 further fatalities.

It brings the total number of deaths reported within 28 days of a positive coronavirus test to 150,057.

A further 146,390 COVID cases have also been reported, according to the latest government data, taking the total number since the beginning of the pandemic to 14,333,794.

“Every death from this virus is a tragedy and our sympathies are with everyone who has lost loved ones,” a government spokesperson said.

“We are thankful for the collective national effort and the hard work of frontline health and social care staff and volunteers for administering vaccines to tens of millions of people and keeping people safe. Their tireless efforts have saved thousands of lives.

“But the pandemic is not over. That’s why it is so important everyone continues to play their part – by coming forward to get boosted now, or getting a first or second jab.”

The UK’s first reported COVID death was on 5 March 2020, less than three weeks before the country went into its first lockdown.

The woman, in her 70s, was admitted to the Royal Berkshire Hospital in Reading and tested positive for COVID-19. She died the following day.

However, Britain’s first COVID victim died on 30 January 2020 – with his cause of death discovered seven months later.

Peter Attwood, 84, died the day after Public Health England confirmed what were then thought to be the first UK cases in York, on 31 January.

The highest number of deaths occurred on 20 January 2021, when 1,820 people died within 28 days of testing positive for the virus.

This was during the second wave, with the vaccination rollout was having started just a month before, but the UK was in the midst of a third lockdown, which ended in March 2021.

Which area has reported the highest number of COVID-related deaths?

In the UK, England has recorded the highest number of COVID-related deaths since the start of the pandemic – with a total of 130,493.

The lowest number of deaths have been recorded in the North East, which has reported a total of 7,217, and the only other region to have less than 10,000 deaths is the South West. 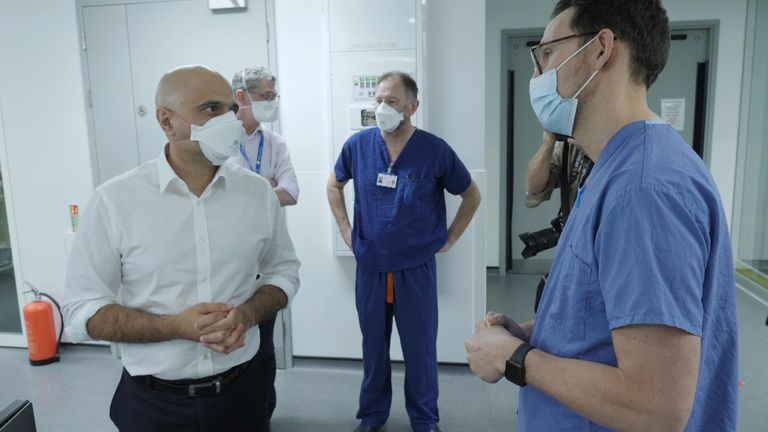 Meanwhile, Sajid Javid has been challenged by an unvaccinated hospital consultant over the government’s policy of compulsory COVID jabs for NHS staff.

During a visit to King’s College Hospital in south London, the health secretary asked ICU staff about the new rules, and Steve James, a consultant anesthetist, explained his displeasure.

He told Mr Javid that he had contracted COVID “at some point” and had “antibodies”, adding that the “science isn’t strong enough” and he did not want to get vaccinated.

Mr Javid responded by saying that he respected his opinion but there are also “many different views”, before adding that the government has to “weigh all that up for both health and social care and there will always be a debate about it.”