Leaseholders in lower-rise blocks of flats are set to be spared having to take out loans to remove dangerous cladding from their buildings as the government prepares to “reset” its approach to the scandal.

Michael Gove, the Secretary of State for Levelling Up, Housing and Communities, is due to make a statement in which he will announce that leaseholders in buildings between 11 to 18 metres in height will no longer have to contribute to replacing cladding.

However, there will be no new public money going towards the costs of making such buildings safe.

Instead, Mr Gove’s department will attempt to make property developers pay the estimated £4bn cost, including potentially through the threat of increased taxes or legal action, as part of a “polluter pays” approach.

The move is a reversal of the government’s previously-announced action on removing and replacing unsafe cladding from residential buildings following the 2017 Grenfell Tower tragedy.

In February, Mr Gove’s predecessor, Robert Jenrick, announced that the government increasing funding to £5bn to pay for the removal and replacement of cladding for all leaseholders in buildings of 18 metres and higher.

However, Mr Jenrick also announced that the government would only offer low-interest loans for the removal of cladding on smaller buildings.

It had been suggested that this would see leaseholders pay no more than £50 per month towards the removal of unsafe cladding.

Yet, after being appointed the new housing secretary, Mr Gove soon expressed his unhappiness with that policy and told MPs in November that he was “unhappy with the principle of leaseholders having to pay at all” towards remediation.

In a letter this week to Mr Gove from Simon Clarke, the Chief Secretary to the Treasury, it has now been revealed that there will soon be a “statement resetting the government’s approach to building safety” ahead of the return of proposed new legislation, known as the Building Safety Bill, to the House of Commons.

In the letter, seen by Sky News, it is revealed that Mr Gove is “replacing the 11-18m finance scheme agreed in February with a limited grant scheme” estimated to cost a maximum £4bn.

Mr Clarke also told Mr Gove that he “may use a high-level ‘threat’ of tax or legal solutions in discussions with developers as a means to obtaining voluntary contributions for them”, although he was warned that decisions over taxes remained with the Treasury and “is not a given at this point”.

Revealing that no new public money will be provided for the new scheme, Mr Clarke added: “I am pleased to see that you acknowledge the principle that the taxpayer should not be on the hook for further costs of remediation.

“To reiterate, my approval of this new package for 11-18m buildings is therefore conditional on no further Exchequer funding.”

And Mr Clarke warned that the costs of the scheme would have to be found from within Mr Gove’s existing departmental budget, should the funds not be raised from industry.

He also said that “lenders and insurers are not included in the ‘polluter pays’ piece – and no contributions should be sought from them”. 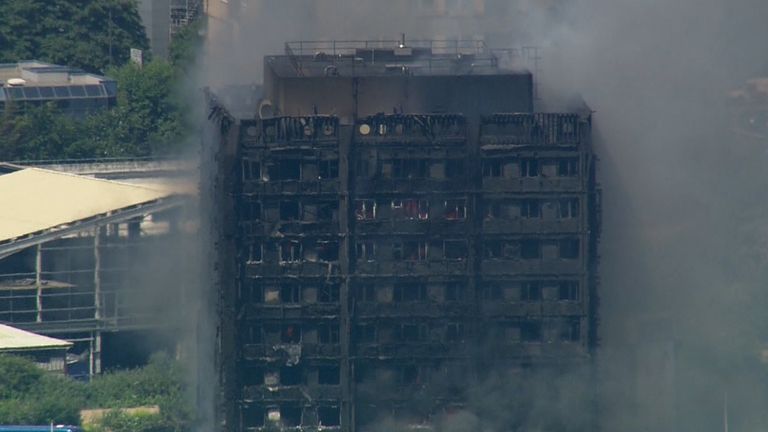 Another Grenfell ‘a matter of time’

“Any new measures that help resolve the building safety crisis are welcome but on the face of it these appear far less significant than they sound,” he posted on Twitter.

“Nothing on non-cladding defects, no new developer levy and the position on leaseholder liability unchanged. We await further detail.”

Wales opt for experience in 6N opener vs Ireland
PM was told of Raab’s ‘unacceptable behaviour’ before appointing him to cabinet, source says
Cloud leaders Amazon, Google and Microsoft show the once-booming market is cooling down
Government responds to Liz Truss claim she was not given ‘realistic chance’ to cut taxes
‘It’s bad news for the UK economy’ as IMF predicts shrinkage of 0.6%