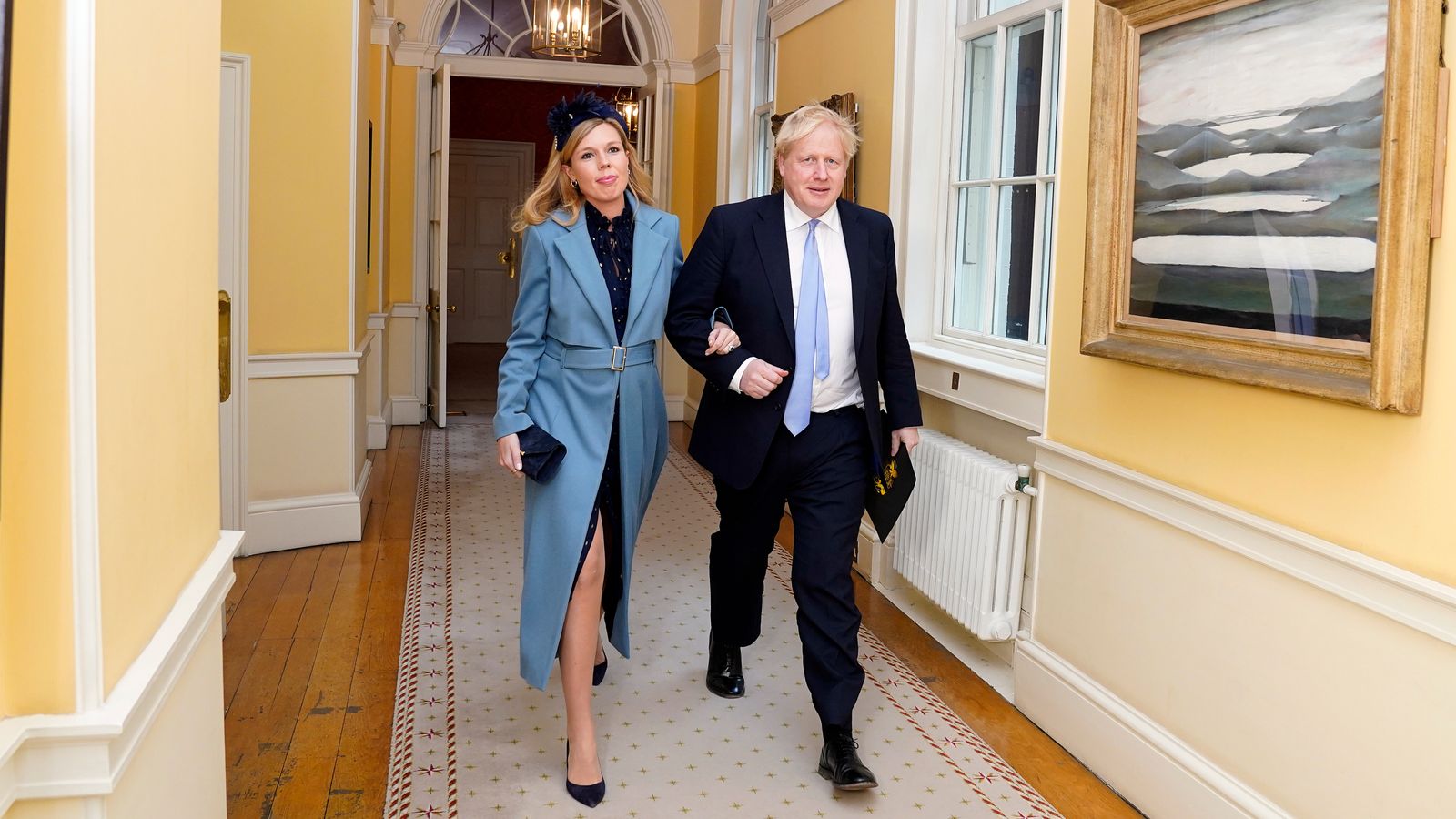 Boris Johnson has questions to answer over his apparent backing for a “great exhibition” plan supported by a Conservative donor who helped pay for the refurbishment of his Downing Street flat, Labour has said.

“It stinks. It does appear to be cash for access,” the party’s shadow justice secretary Steve Reed told Sky News.

He was speaking after WhatsApp messages were released showing the prime minister discussed the proposal with Lord Brownlow while also asking for his help with the £112,000 refurb of his official residence in Downing Street that he shares with his wife Carrie Johnson.

Downing Street said the proposal was not taken forward, although the government is proceeding with Festival UK, something that was first announced in 2018.

Labour said that if the peer had access to ministers because he was paying for work on the PM’s flat it was “corruption plain and simple”.

The party has asked Kathryn Stone, the parliamentary standards commissioner, to investigate.

“It appears that Lord Brownlow had access to the prime minister because he was paying to refurbish his flat to the tune of £100,000. That of itself is corruption,” Mr Reed said.

“What’s the difference between the Great Exhibition 2 that Lord Brownlow was asking for and Festival UK that the government is running this summer?

“We need to ask them what the difference is.”

Labour MP Chris Bryant, who is chair of the Commons committee on standards, tweeted: “This doesn’t smell right. It feels like cash for access.”

What was said in the messages?

In the messages, from November 2020, the prime minister described the current state of his Downing Street residence as “a bit of a tip” and said he was keen to get interior designer Lulu Lytle to “get on” with the renovation.

In response, Lord Brownlow – who was planning to set up a trust to fund the refurbishment, but ended up initially paying the costs himself – told Mr Johnson he would “get it sorted ASAP”.

He added: “Approval is a doddle as it’s only me and I know where the £ will come from, so as soon as Lulu calls we can crack on.”

PM under fire for not initially disclosing messages

Mr Johnson offered a “humble and sincere apology” to Lord Geidt, his independent adviser on ministers’ interests, for failing to disclose the WhatsApp messages.

In a series of letters between the pair, Mr Johnson cited “security issues” for him having not previously shared the messages.

In April last year, it emerged that Mr Johnson’s personal mobile phone number had been freely available on the internet for the past 15 years, which prompted a security scare.

However, some have questioned why the WhatsApp messages would have been unable to be found if the PM had changed his personal phone number amid security concerns.

WhatsApp offers advice on how chat history can be preserved even if changing a phone number, or when using a new device.

The messages were only revealed by an Electoral Commission investigation into the flat row, and were not disclosed to Lord Geidt’s own probe into the matter.

Lord Geidt expressed his “grave concern” that he was not made aware of the exchanges either during or after his investigation.

He said that, had he been aware of the messages, he would have questioned the PM further on his knowledge of how the refurbishment was being funded and his understanding of the role of Lord Brownlow.

But Lord Geidt added it “does not undermine my finding that the prime minister had assumed that the trust” of which Lord Brownlow was to be chair, and not Lord Brownlow personally, was covering the costs.

And he concluded that the revelation of the messages did not alter his “fundamental assessment” that Mr Johnson did not breach ministerial rules in the funding of his flat refurbishment.