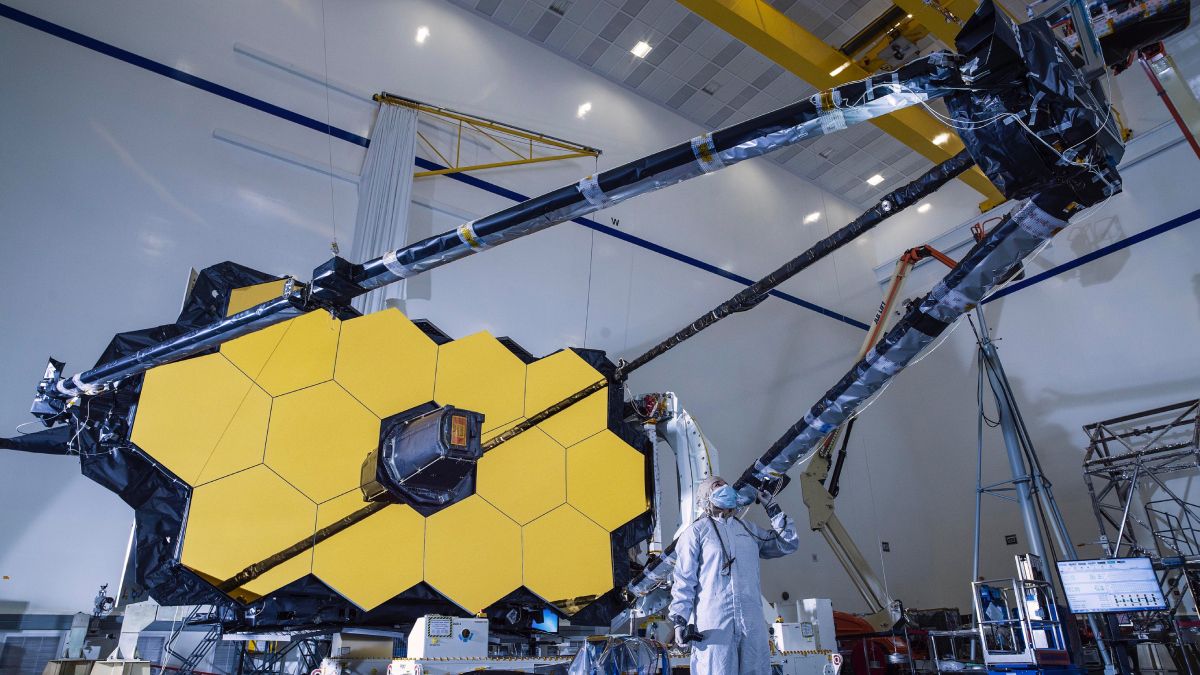 James Webb Space Telescope, a day after fully tensioning the sunshield, has now completed another complex procedure. The space observatory’s secondary mirror was deployed using what a Webb engineer described as the “world’s most sophisticated tripod.” The 2.4-feet-wide mirror is located on the tips of three carbon fibre tubes which extend out from the large primary mirror. Each of the fibre tubes are 25 feet long and designed to withstand adverse impacts in the space environment. The joints and motors used for this seamless deployment were warmed up using specialised heating systems, NASA said. Later this week, the telescope will deploy its iconic honeycom-shaped gold mirror.

After deployment, the secondary mirror becomes the second surface that light from distant stars will hit on its path to the telescope. When a light hits James Webb Space Telescope’s 18 gold primary mirrors, it will reflect and hit the smaller secondary mirror, which will redirect the light into the telescope. All this work being done on James Webb required meticulous planning and incredible foresightedness. Engineers continue to monitor the progress of the nearly month-long process and are taking all precautions to successfully deploy the world’s most powerful telescope.

The deployment process began at 8:22pm IST on Wednesday (January 5) and the secondary mirror was in position at 9:58pm IST later that day, NASA said. At 10:53pm IST on the same day, engineers confirmed that the secondary mirror structure was fully deployed. “Another banner day for JWST,” said Bill Ochs, James Webb project manager. “This is unbelievable…We’re about 600,000 miles from Earth, and we actually have a telescope.”

Lee Feinberg, optical telescope element manager for James Webb, said, “The world’s most sophisticated tripod has deployed.” Feinberg explained that the secondary mirror had to unfold in microgravity and in extremely cold temperatures.

Now, it has to remain steady while the telescope points to different places in the sky. James Webb Space Telescope is set to replace the ageing Hubble telescope. A joint project of NASA, ESA, and the Canadian Space Agency, James Webb is expected to throw up new insights into the first stars.

Former top FBI official accused of trying to get Russian oligarch off sanctions list
Prime Minister’s adviser to look into Zahawi’s tax affairs
Dog walker died from ‘multiple penetrating bites to neck’
‘Her children need her home’: Family of missing dog walker ‘stuck in a nightmare’ since she disappeared
War in Ukraine: ‘This is not where Russia planned to be’