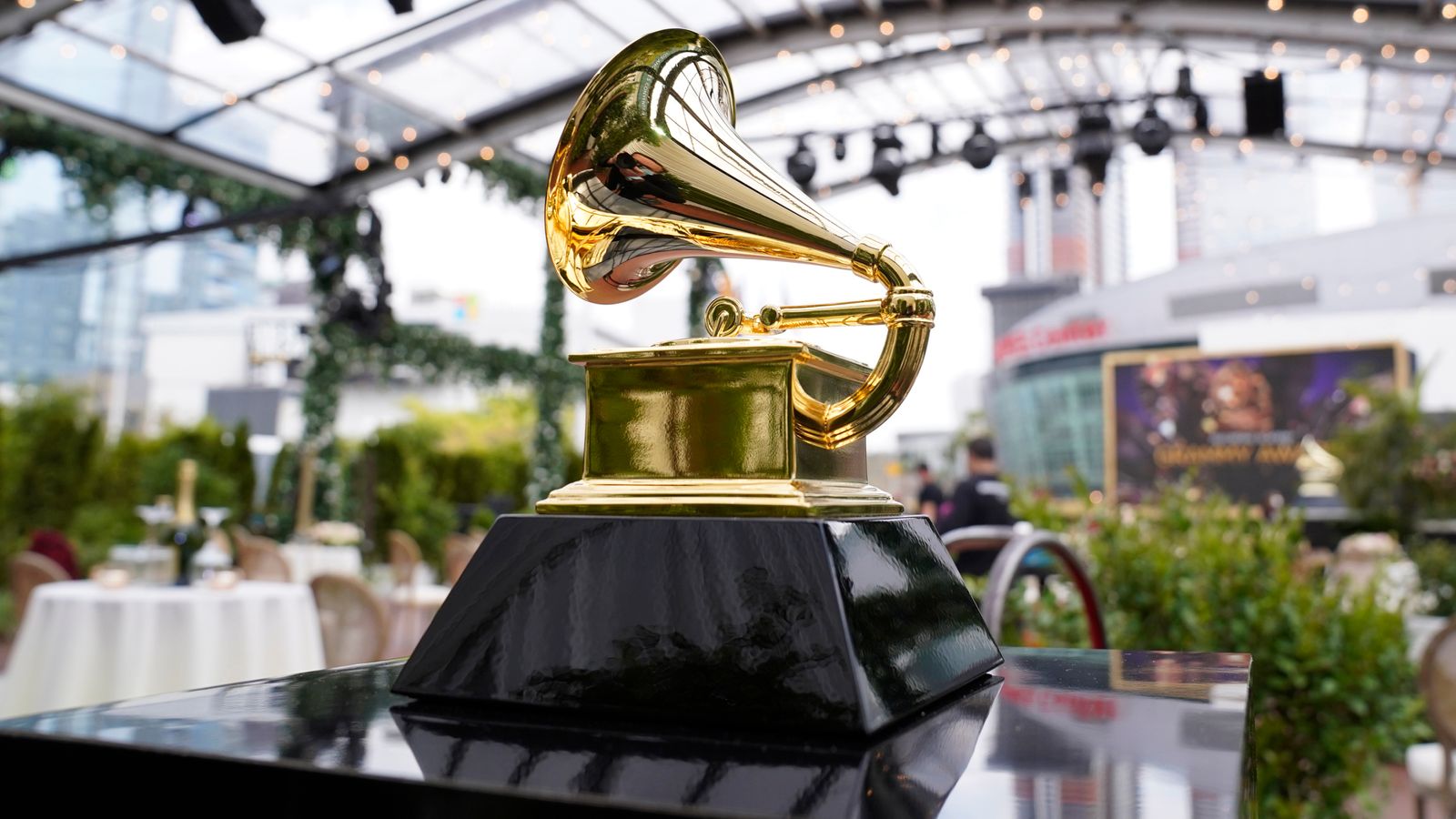 The Grammys, gigs and more West End shows have become the latest events cancelled or postponed due to rapid spread of the Omicron variant of coronavirus.

With rising COVID-19 cases over the past few weeks, many events have been forced to make changes as high numbers of people isolate.

In the UK, the West End productions of Mary Poppins and Phantom Of The Opera have been forced to scrap two shows a week and bands such as Wolf Alice have called off gigs.

Due to take place in Los Angeles at the end of January, the Grammy Awards – America’s biggest music ceremony, with artists including Billie Eilish, Olivia Rodrigo, Justin Bieber and Lil Nas X up for gongs – have been pushed back to a date to be announced.

Organisers the Recording Academy saying pressing ahead this month “simply contains too many risks” given the current uncertainty about the Omicron variant.

A statement shared online said: “The health and safety of those in our music community, the live audience, and the hundreds of people who work tirelessly to produce our show remains our top priority.”

The decision was made following discussions with city and state officials, as well as health and safety experts, organisers said, and a new date will be announced in due course.

Postponing the huge awards ceremony follows a similar decision by the Critics’ Choice awards, which announced just before Christmas that the show, originally due to take place this Sunday, would be pushed back.

It will be the second year of delays for the major awards shows, with the Grammys moved back to March in 2021.

The BAFTAs and the Oscars are already set to take place later than usual in 2022, with both scheduled for March.

In London’s West End, the latest announcements come after a raft of delays and cancellations for shows including The Lion King, Life Of Pi, Cinderella, Mamma Mia and Pretty Woman during the lucrative Christmas and New Year period.

Mary Poppins at the Prince Edward Theatre will now move from eight to six performances a week for a month from Monday.

A message from Delfont Mackintosh Theatres, which operates the venue, noted the “significant impact the Omicron variant and the government’s move to Plan B” has had on theatres.

An email sent to patrons said: “Unfortunately, the uncertainty surrounding the ongoing pandemic is likely to continue for some time as we head into the new year.”

However, there was some good news for Pretty Woman, which resumed shows on Wednesday after some had to be cancelled.

In the music industry, previous Mercury Prize winners Wolf Alice said they were “absolutely gutted” to announce the decision to postpone January shows in the UK but “with an overwhelming number of daily cases it feels like a particularly volatile time to go ahead with such a large tour”.

US star John Mayer pulled out of performing as frontman for Dead & Company in shows in Mexico this weekend after testing positive for COVID-19.

The US group, which he has been part of since 2015, features former Grateful Dead members Bob Weir, Mickey Hart and Bill Kreutzmann.

Before Christmas, acts including Stereophonics, The Charlatans and Deacon Blue all called off shows.