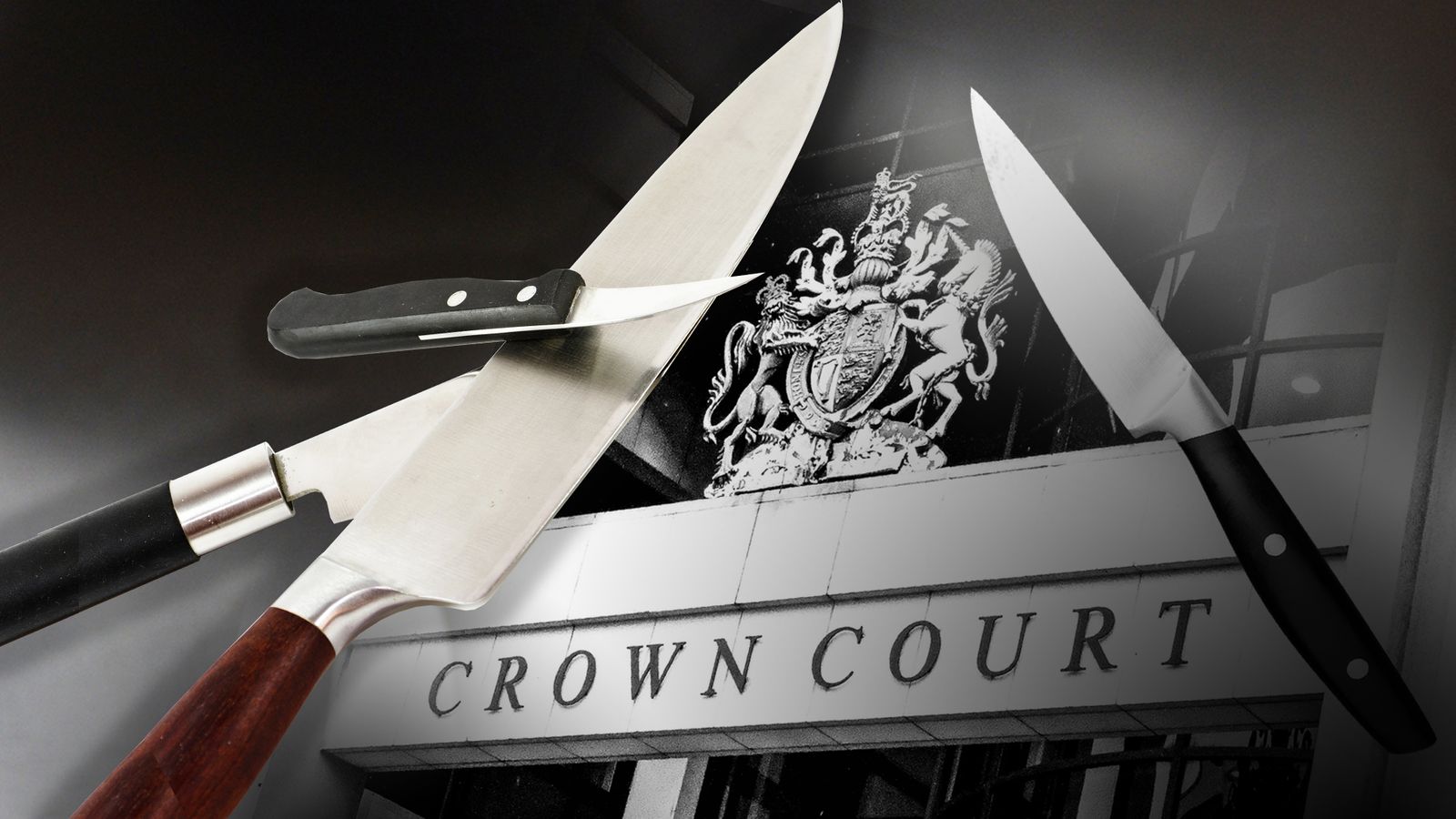 Weapons including firearms and hundreds of knives have been seized at crown courts during the pandemic, Sky News can reveal.

More than 1,000 knives and other blades have been confiscated at the buildings – which deal with the most serious criminal cases – since April 2020, according to official data.

A total of 73 “other weapons” and two firearms were also discovered – but Her Majesty’s Courts and Tribunal Service (HMCTS) declined to provide further details about those weapons.

The actual number of dangerous items seized is likely to be much higher as the figures do not include combined court centres, such as those in Oxford, Leeds and Derby.

Details of the seized weapons follow concerns about court security after the death of a criminal who managed to sneak acid into a dock before swallowing it.

An inquest jury ruled in December that security failings “probably contributed” to Mr Marshall’s death after he was not adequately checked as he entered the court, and a dock officer failed to confiscate a metal bottle which contained the acid.

What does the data show?

Sky News submitted a freedom of information request asking for details of weapons seized at crown courts since 2018.

However, HMCTS refused to reveal how many weapons had been seized before April 2020, saying retrieving the data would exceed the cost limit set out by the Freedom of Information Act.

It also said it could not breakdown the figures to reveal how many weapons were found at each crown court.

Small knives seized at courts can be returned to their owners on written request but HMCTS would not reveal how many had been posted back, saying it did not hold the data.

Labour’s shadow minister for courts and sentencing, Alex Cunningham, told Sky News: “It beggars belief that in just 18 months more than a thousand people tried to get dangerous weapons into our courts to do who knows what.

“This is symptomatic of the Tory government’s utter failure to deal with serious violent crime across the country which has soared over the last decade.

“Our courts and tribunals are already buckling under the joint pressure of a decade of Tory cuts and the impact of the pandemic.”

The seized weapons were recovered during a period of turmoil for the court system which is facing a huge backlog cases as a result of the pandemic.

Fewer than half of courts in England and Wales were kept open during the first lockdown.

In November, an imitation gun was reportedly seized at Westminster Magistrates’ Court in November following an alleged attempt to bring it through security.

A 61-year-old man was arrested on suspicion of being in possession of a firearm.

An HMCTS spokesman said the security of court users and staff “is our priority”.

He added: “As a result of our £142m investment in courts, stringent security measures are in place in all our buildings – including mandatory bag checks and security scanners – allowing us to confiscate more illicit items.”