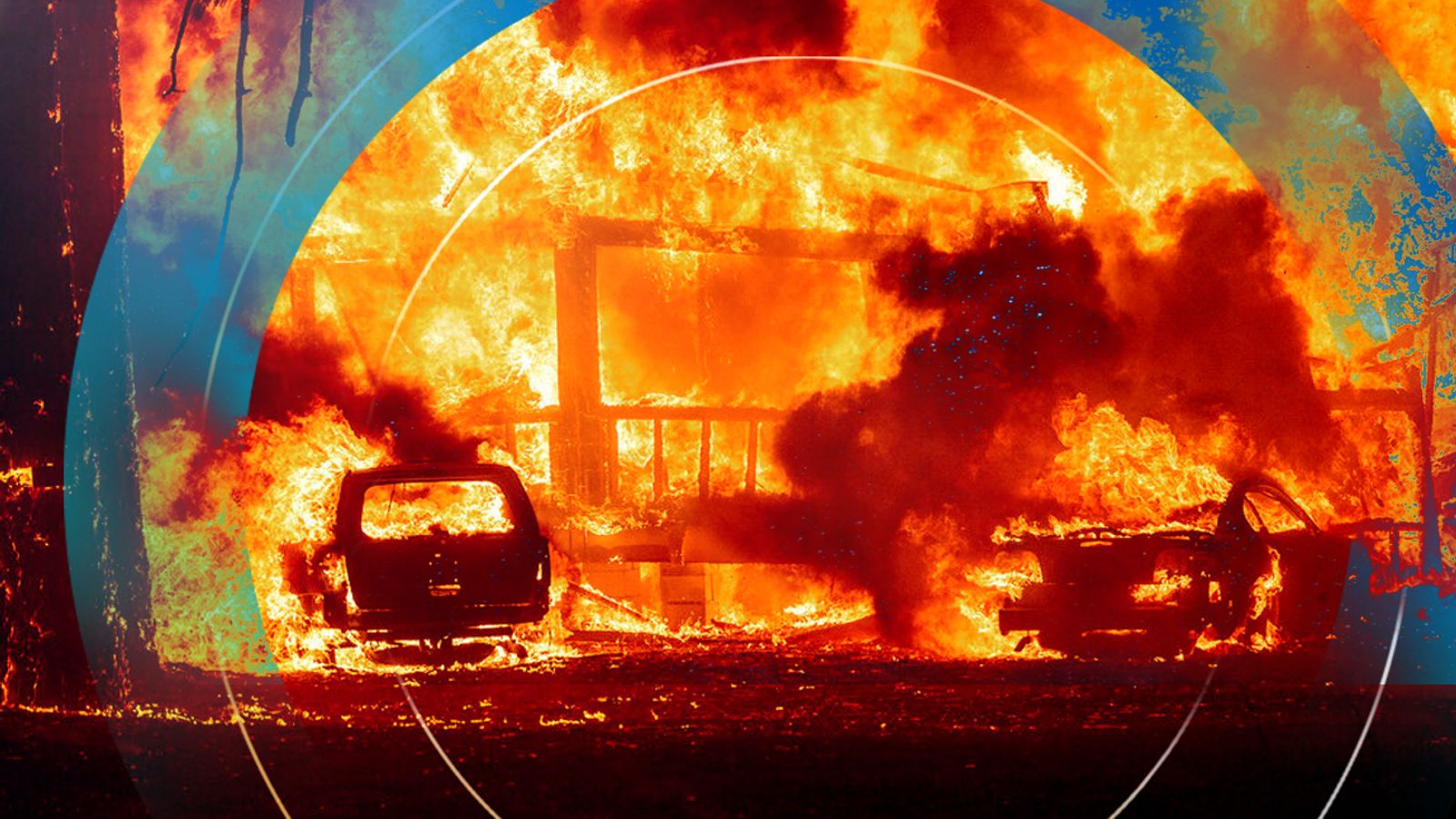 A utility company’s power cables sparked last summer’s lethal Dixie Fire in California, which swept through five counties and destroyed more than 1,300 homes and other buildings, state officials have said.

They said the blaze broke out near Sierra Nevada on 13 July, after a tree hit electrical distribution lines operated by Pacific Gas & Electric (PG&E), the largest utility firm in the United States.

Investigators with the California Department of Forestry and Fire Protection said it had sent its report to the Butte County district attorney’s office, which will determine whether criminal charges should be filed.

‘Dixie Fire taught me the the best lesson I ever got’

PG&E had already suggested its equipment may have been involved in the Dixie Fire, which burned nearly one million acres in northern California.

“This tree was one of more than 8 million trees within strike distance to PG&E lines,” PG&E said in a statement.

“Regardless of today’s finding, we will continue to be tenacious in our efforts to stop fire ignitions from our equipment and to ensure that everyone and everything is always safe.”

The company has committed to burying 10,000 miles of power lines as well as other preventative measures, including shutting off power to thousands of customers during periods of hot, dry weather and high winds that can knock hurl branches onto power lines.

A historic drought and recent heat waves tied to climate change have made wildfires fiercer and harder to fight in the American West.

PG&E equipment has been blamed for several of California’s largest and deadliest wildfires in recent years.

The company has been charged with involuntary manslaughter and other crimes because its equipment sparked the Zogg Fire in September 2020 that killed four people and burned about 200 homes west of Redding.

Investigators blamed a pine tree that fell onto a PG&E distribution line. The company could be heavily fined if convicted.

The show investigates how global warming is changing our landscape and highlights solutions to the crisis.

UK and US rule out sending F-16 jets to Ukraine – as No 10 says it would be impractical
Future industrial action ‘will be even bigger’ if ministers do not act, union boss warns
Diplomatic row between China and US escalates as Pentagon says second ‘spy balloon’ being tracked
Rising public support for unions despite widespread strikes, Sky News poll suggests
Tech stocks just finished a five-week rally — the longest stretch since market peak in November 2021