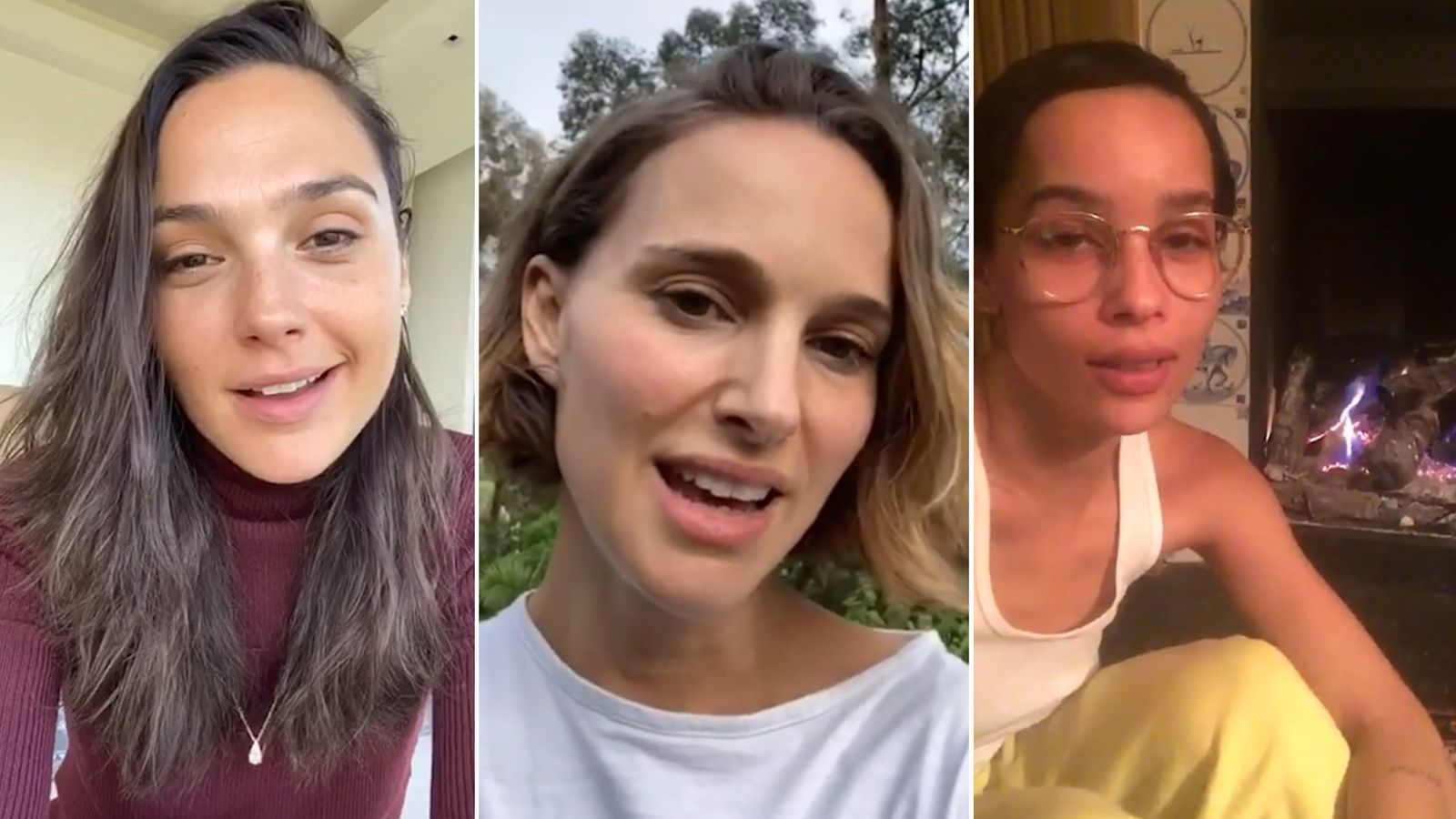 Gal Gadot has admitted her celebrity-filled Imagine video at the start of the coronavirus pandemic was “in poor taste”.

The 36-year-old partnered with Hollywood stars including Kristen Wiig, Will Ferrell, Natalie Portman and Jamie Dornan for the stunt – which saw the stars each sing a line from John Lennon’s 1971 Imagine.

Gadot captioned the post: “We are in this together, we will get through it together.”

But the video – posted in March 2020, shortly before the UK went into lockdown for the first time – was branded tone deaf on social media, with people calling out the celebrities for saying “we are all in this together” from their upscale houses and large mansions.

Others criticised some of the wealthiest people in the world for singing the line “imagine no possessions” and it was seen as an empty gesture as millions faced losing their jobs, homes and loved ones in the face of the virus.

The Wonder Woman star told InStyle magazine with hindsight the video, which was viewed more than two million times on Instagram, was “premature”.

She said: “The pandemic was in Europe and Israel before it came (to the US) in the same way.

“All pure intentions, but sometimes you don’t hit the bullseye.”

The Israeli actress said she had been in isolation for six days at the time, and the global crisis had left her feeling “philosophical”.

Following the backlash, Gadot sought to play down the incident – breaking into a rendition of Imagine while accepting a prize at the Elle Women In Hollywood awards.

“It just felt right, and I don’t take myself too seriously,” she said.

“I felt like I wanted to take the air out of it, so that (event) was a delightful opportunity to do that.”

War in Ukraine: ‘This is not where Russia planned to be’
One of UK’s most wanted arrested in Morocco over Essex drive-by shooting
‘I was not given a realistic chance’, says Liz Truss, as she makes comeback
Who will win ROY? The next Michael Harris II? Bold 2023 predictions for MLB’s top prospects
UK and US rule out sending F-16 jets to Ukraine – as No 10 says it would be impractical