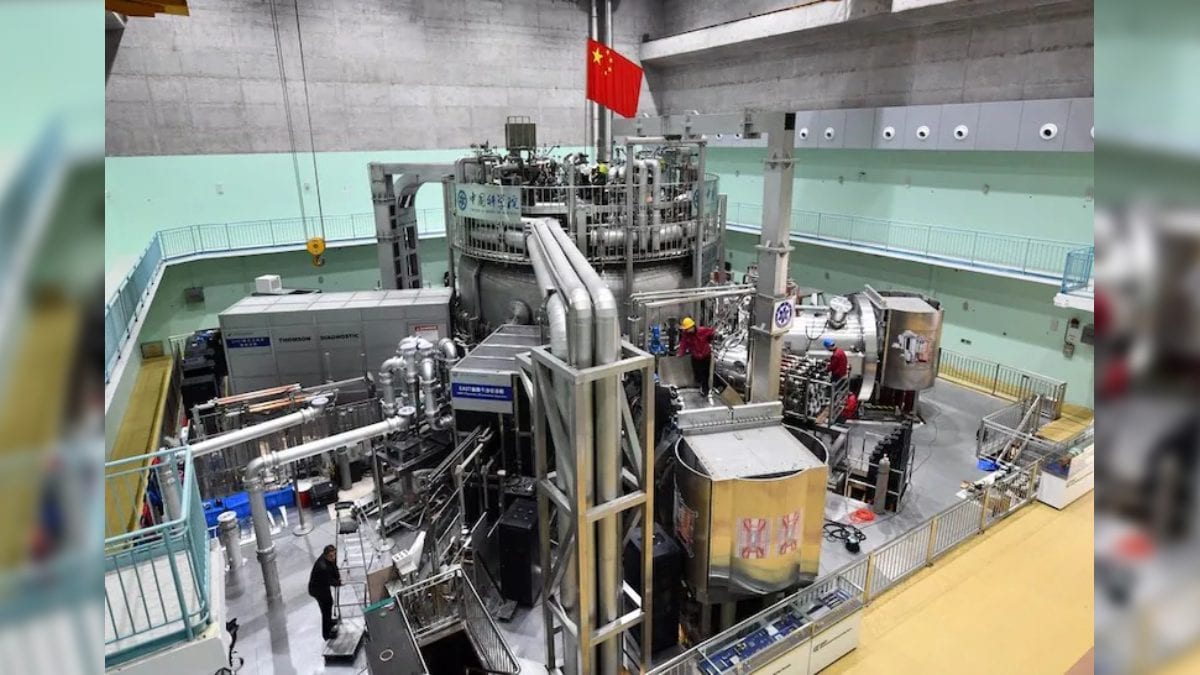 China is experimenting with an “artificial sun,” dubbed Experiential Advanced Superconducting Tokamak (EAST), to make way for clean energy in the future. The device setup is a fusion reactor which ran successfully for almost 20 minutes at a stunning 70 million degrees Celsius in a recent test. The machine strives to utilise the power of nuclear fusion, a less explored way of harnessing nuclear energy. The setup mimics nuclear reactions taking place inside the sun, where hydrogen and deuterium gases are used as fuel. These experiments could bring scientists closer to “unlimited clean energy.”

The reactor is being tested so that its auxiliary heating system becomes more “hot” and “durable.” EAST, designed and built by the Chinese, has been used for nuclear fusion experiments since 2006. But, it’s only recently that researchers have come up with an important milestone.

The reactor reaches great temperatures by boiling hydrogen isotopes (hydrogen and deuterium) into a plasma. The fusion of these elements releases great amounts of energy, which takes the form of heat. Scientists now face the challenge of maintaining temperatures above 100 million degrees Celsius and operating the setup in a stable way over long durations.

The latest experiment took place at the Hefei Institute of Physical Science in the eastern province of Anhui, China. Gong Xianzu, who was in charge of this EAST experiment, said, “The recent operation lays a solid scientific and experimental foundation towards the running of a fusion reactor.” A New York Post report suggested that more than 10,000 Chinese and foreign scientific researchers were part of this $948-million (roughly Rs. 7,060 crore) project. The experiments started in early December and is expected to last until June.

Institute of Plasma Physics director Song Yuntao said, “Five years from now, we will start to build our fusion reactor, which will need another 10 years of construction.” He believes that they will be able to construct the power generator and start generating power by 2040.

Why the problem of prepayment meters won’t go away for vulnerable energy customers
China ‘spy’ balloon: What are they? And why could they play a key role in the future of aerial reconnaissance?
One of UK’s most wanted arrested in Morocco over Essex drive-by shooting
Bill Gates says Elon Musk’s ambition to colonize Mars is not a good use of money
Spy balloon over US is actually ‘civilian airship’ that blew off course, says China