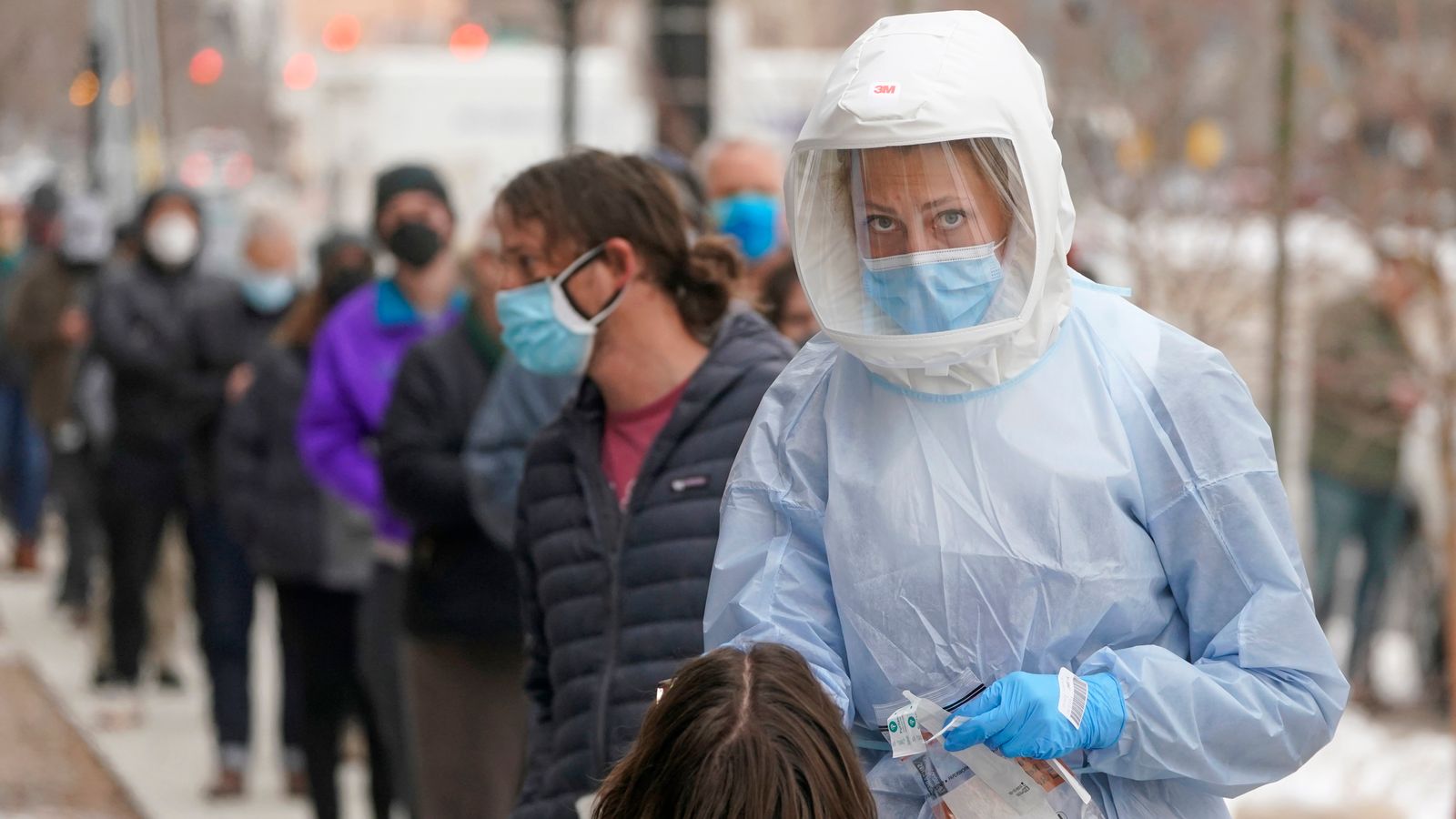 More than a million new COVID cases were reported in the US on Monday – the highest anywhere in the world since the start of the pandemic.

The 1,082,549 figure – compiled by Johns Hopkins University from state data – is about double the previous high and pushes the seven-day average to more than 480,000.

Reporting delays over Christmas and more people getting tested ahead of the holidays is thought likely to have contributed to some extent.

However, experts also say actual cases are likely to be much higher than those detected and reported.

The US government’s top adviser on the pandemic, Dr Anthony Fauci, said at the weekend that it is now “more relevant” to focus on hospitalisations than cases.

These have risen sharply but remain below last January’s numbers. Far fewer people are also dying.

Deaths have also been stable over the last fortnight, averaging about 1,200 per day – compared with a high of 3,400 a year ago.

Biden: ‘This is a pandemic of the unvaccinated’

President Joe Biden said on Tuesday that vaccines and therapeutic drugs had significantly reduced the risk from coronavirus.

“You can still get COVID, but it’s highly unlikely, very unlikely, that you’ll become seriously ill,” he said of vaccinated people.

The US has given out more than 500 COVID jabs, but only 62% of the population are fully vaccinated. 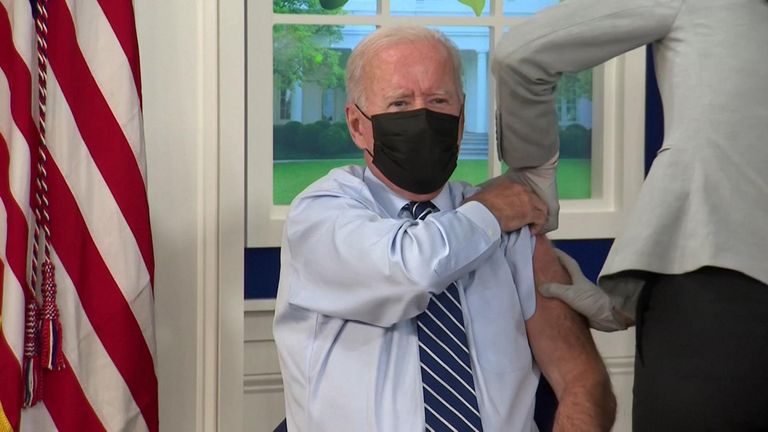 It comes as the US doubled its order for Pfizer’s oral COVID-19 antiviral treatment.

The drugs maker and the White House said 20 million courses of Paxlovid would now be procured – with four million ready by the end of January.

A clinical trial found it was nearly 90% effective in stopping death and hospitalisation in high-risk patients.

It’s already been authorised for over-12s, while another pill, molnupiravir, was also given the green light in the US last month.

The Omicron variant – which spreads easier but appears to be less severe than Delta – is dominant in the US.

Last week, it accounted for 95% of new cases, according to the Centers for Disease Control and Prevention (CDC).

As people scramble for tests, the White House also said on Tuesday that it was finalising contracts to buy 500 million of them to distribute for free to the public.