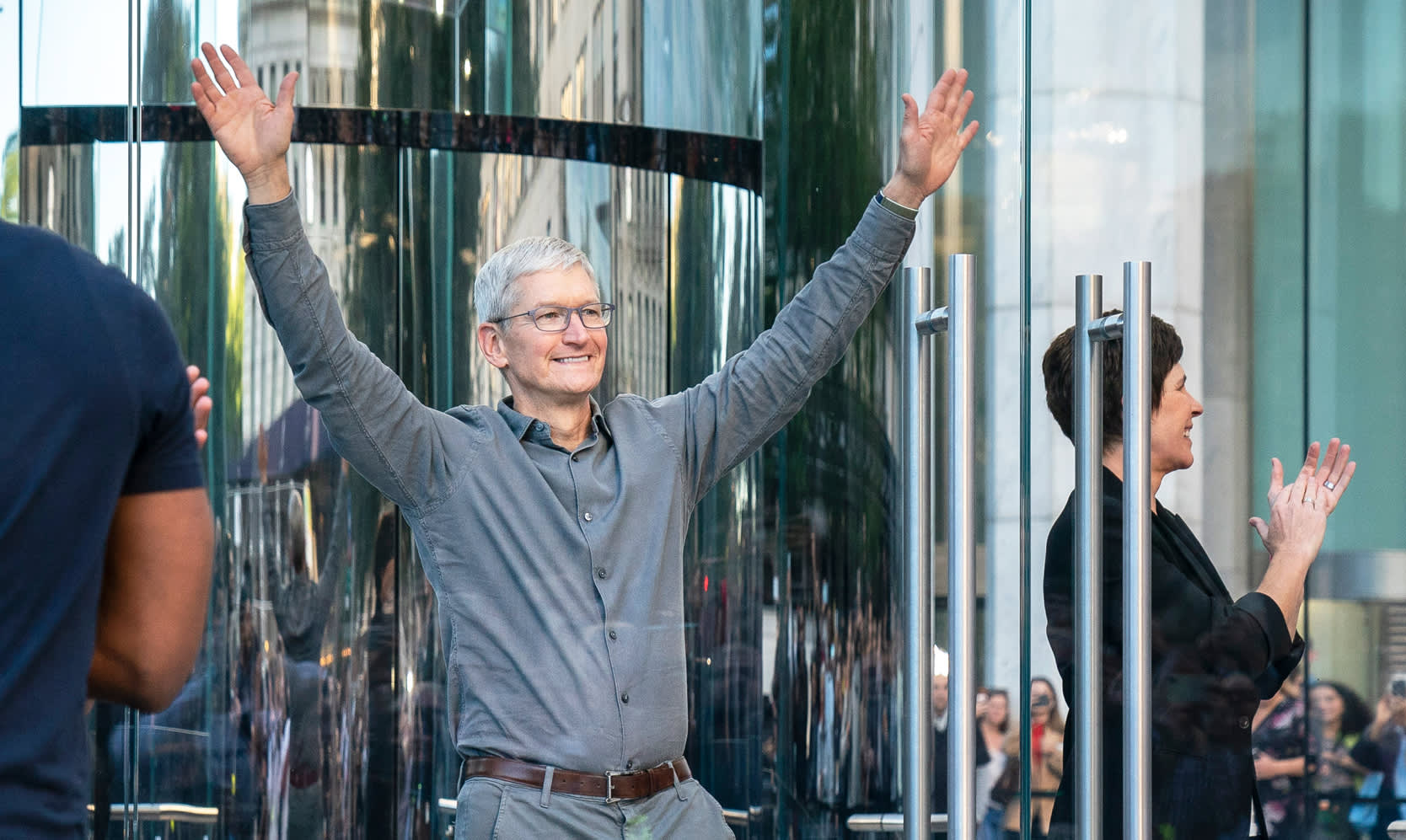 Apple briefly hit a market cap of $3 trillion during intraday trading on Monday, before dropping back under the mark shortly afterwards. Apple broke the barrier when its share price hit $182.86.

The milestone is mostly symbolic but it shows investors remain bullish on Apple stock and its ability to grow. Apple was up over 2% during intraday trading on Monday to a price per share just under $182 after briefly hitting the $3 trillion mark.

At a market value of $3 trillion, Apple tripled its valuation in under four years. And analysts see plenty of room to run.

Apple showed annual growth across all of its product categories in its fourth-quarter earnings, with revenue up 29% year-over-year. While the iPhone is still the biggest sales driver, Apple’s services business grew 25.6% year-over-year and delivered more than $18 billion in revenue during the quarter.

In December, for example, Morgan Stanley’s Katy Huberty raised the firm’s price target on Apple from $164 to $200, and maintained the equivalent of a buy rating, arguing that new products like virtual reality and augmented reality headsets aren’t yet baked into the share price.

Huberty also said she expects Apple’s App Store revenue to outperform Morgan Stanley’s forecasts for the quarter and for Apple to ship 83 million units during the December quarter, 3 million more than anticipated.

Wedbush analyst Daniel Ives wrote on Sunday that the mark is a “watershed moment” but has more room to grow, especially since Ives values Apple’s services business at $1.5 trillion.

Investors also turned to Apple as a safe haven during recent market uncertainty, thanks to its strong balance sheet and prodigious cash flow, which it uses to invest in new products, stock buybacks and to return capital to shareholders through dividends.

Apple’s peers aren’t far behind. Microsoft is worth about $2.5 trillion, Amazon has about a $1.75 market cap and Google‘s market valuation is just shy of $2 trillion.

This article was originally published by Cnbc.com. Read the original article here.