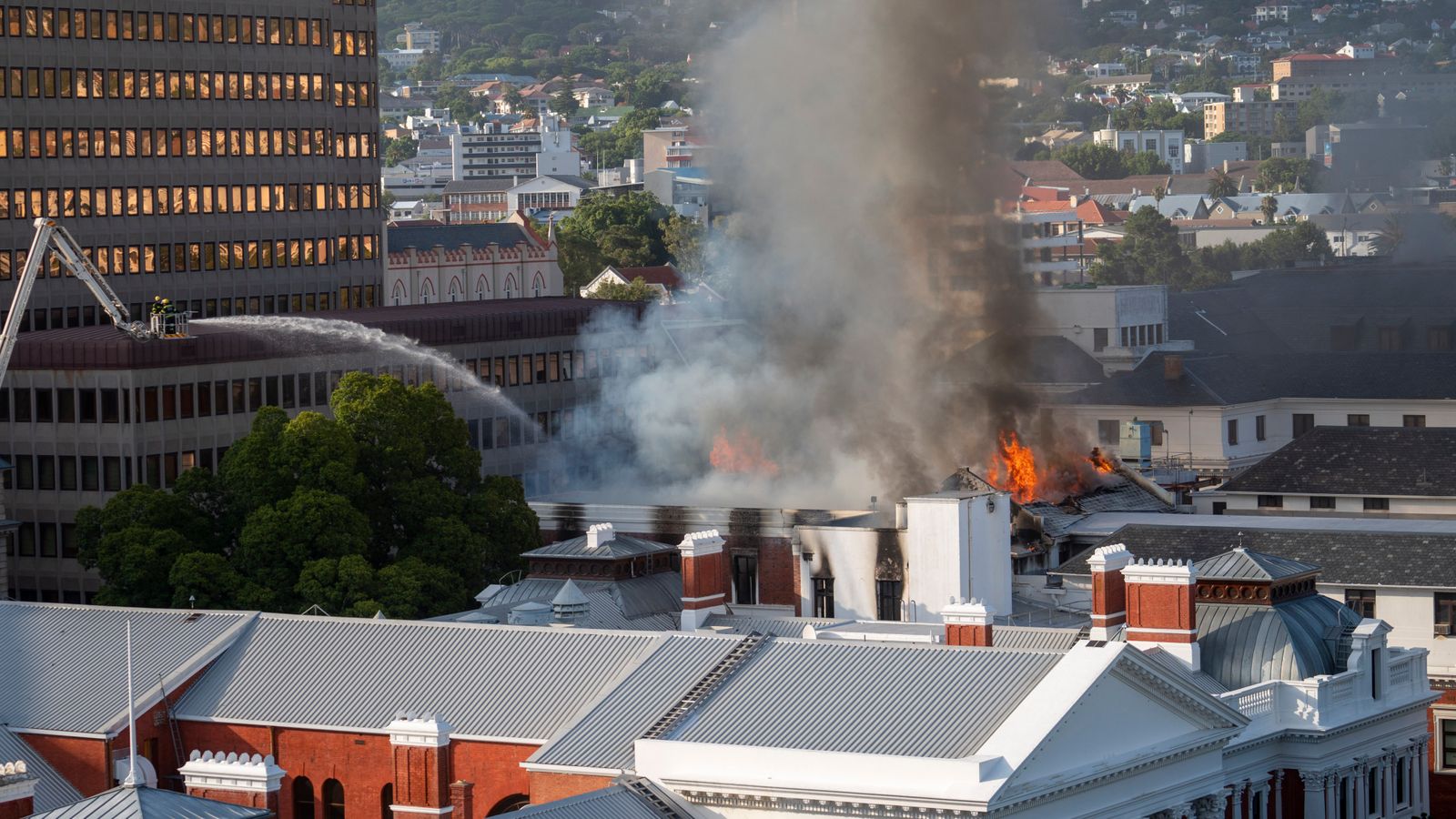 A fire has broken out at South Africa’s parliament in Cape Town.

Flames could be seen and a column of smoke rose into the sky early on Sunday morning.

No one has been injured, Mr Carelse added.

The roof area also caught light, and 35 firefighters are on the scene.